Floating Without a Point

It’s been a month since I rolled out the first preview of BASIC-DOS, and apparently I needed a break, because I couldn’t muster much energy to do more development on the project… until now.

Part of the dilemma was deciding what to focus on next. There’s no shortage of gaping holes left to fill in, such as:

Within BASIC language support alone, there’s a lot of work left to do. Probably the most important features are:

Floating-point opens another can of worms, which is why I’ve already decided to port most of that support from Microsoft BASIC, and why there’s already a complete (built and working) copy of GW-BASIC sources checked into the project.

To further reduce the scope of the work, I’ve decided to support only double-precision (64-bit) floating-point numbers. Single-precision is obviously faster, but given the choice between greater speed and greater accuracy, the latter is more appealing.

So to that end, I’ve started working on the necessary parsing changes, which will then be followed by changes to the expression generator.

Floating-point constants need to be differentiated from integers, and by pressing a special key (‘t’) at boot, you can enable “token” messages, which show that the BASIC-DOS parser now identifies numbers with decimal points as a new token class. It’s a trivial change, and just the first of many (probably hundreds) of steps to fully support floating-point operations.

I would love to work on multiple features simultaneously, but I’m a lousy multitasker, and I have to choose something, so I choose floating-point. 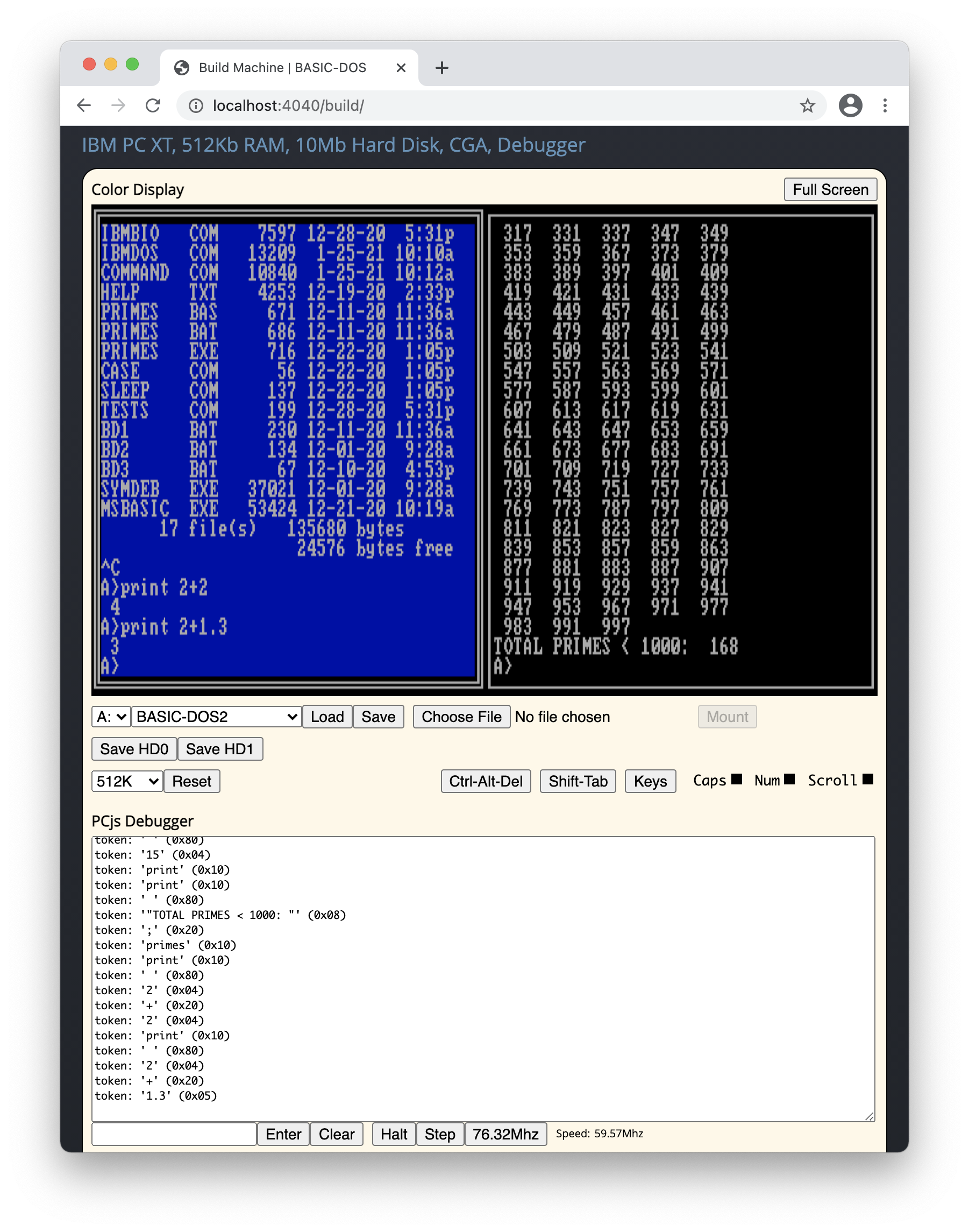